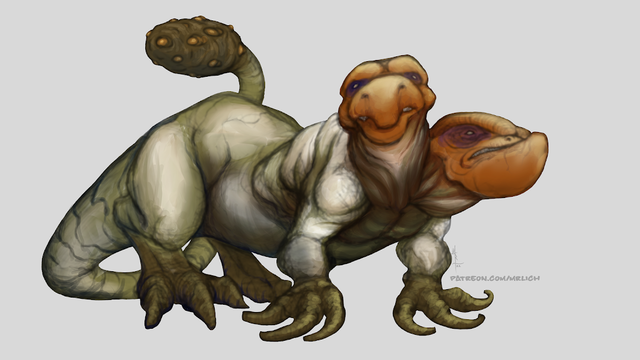 I did a little experimental thread over on my Twitter stream. I wanted to encourage a couple of things - namely audience interaction and I wanted to provide them an actual reason to share the thread.

Simply put: I provided a series of polls for folks to vote on to determine how I constructed a monster.

Here's a link to the thread in case you're curious.

The results to the first poll (bipedal or quadrapedal) was: 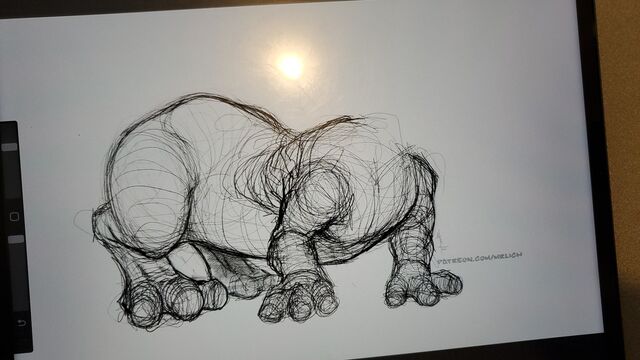 The second poll was what kind of terrain the creature spends its time in. The audience chose subterranean so I added digging claws and narrowed the torso to make the creature more wedge shaped. 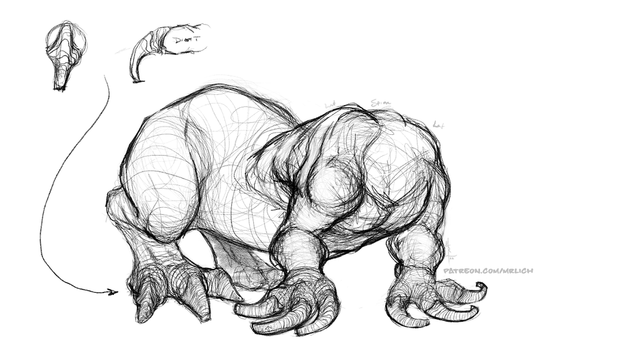 The third poll was how many heads the creature has. Crowd said 2. 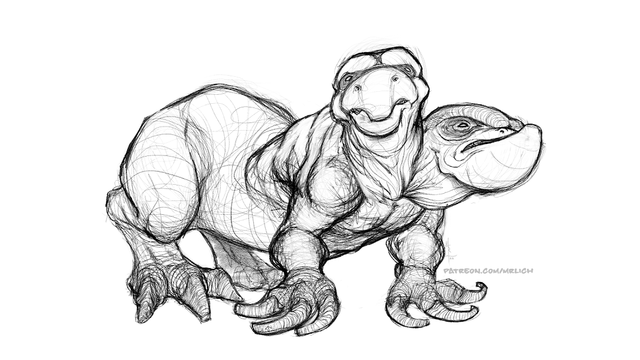 And the fourth and final poll was what kind of tail to give it (or to give it none). The crowd picked a long straight tail with a club end. 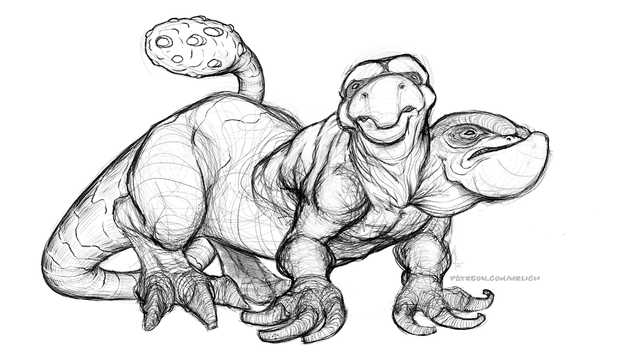 After the final poll, I finished the tail and posted it and then felt like I should go ahead and paint it. Since I was already in an experimental mode, I took the sketch, blurred it a bit, and then mixed the sketch lines in with the digital paint layers. The final results are at the top of the post.

Here's the process video if you enjoy that.

I really need to get back to the work for my Patreon page, but this was an excellent little experiment and I plan to do it again in the near future.

This is the character I'm currently working on for Patreon: 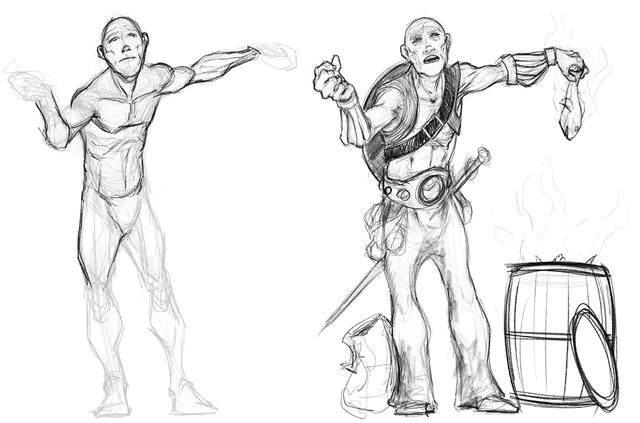 That was clever twittering.
Thomas Boutell 8/14 '22

Thank you sir! I rather thought so.

The key, to my way of thinking, is to actually give people a reason to be invested rather than mindlessly echoing "Please like and subscribe and share with your friends BECAUSE REASONS."
Matt Lichtenwalner 8/14 '22

And what are you calling the crowd-sourced beastie?
Rob 8/14 '22

Though here's a question - should it get two names given the two heads?

Also, do they read as different personalities?
Matt Lichtenwalner 8/14 '22edited