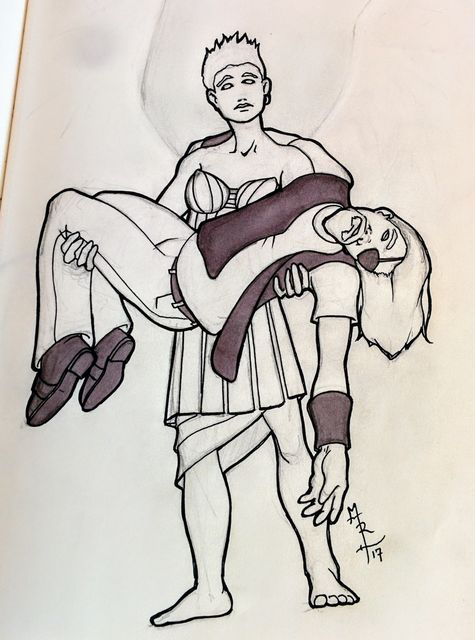 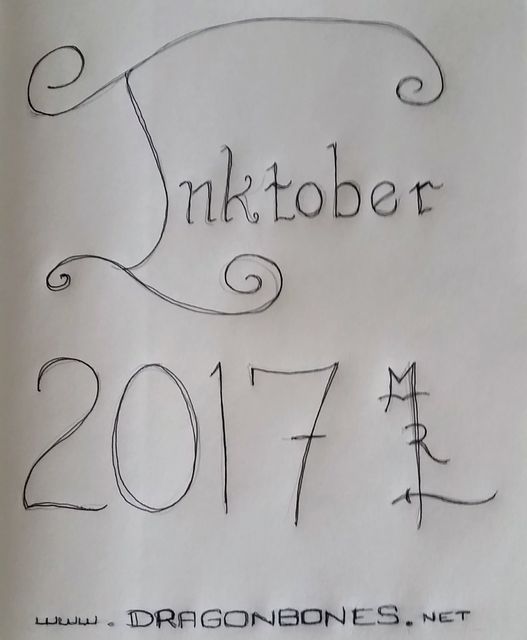 I'm doing Inktober again this year. Planning to do NaNoWriMo too. I've never finished either. Let's hope this is the year for both.

Here's the tl;dr rules for Inktober:

Honestly, I'm not off to a great start for Inktober. I bought a new Moleskine 'sketchbook' (Cahiers series 'Plain Journals'). I selected this one because it has 45 pages. I wanted a stand alone book for just Inktober 2017.

The pages are pretty thin to the point of near transparency. The pen I grabbed to do initial sketchwork with on this one is a standard ballpoint pen I garnered from one of my hotel stays. While I want that - to keep things simple and not worry about 'fancy equipment' - the ink really bled into other areas when I used my Prismacolor markers to throw in some tones.

Anyway. Not awesome, but Day 1 is in the can. Yay?

Subject matter is one that's been on my mind quite a bit for a while. Young Patch from the (theoretically) forthcoming book.

I'll also likely give myself a time limit every day like I did today. ~30 minutes from soup to nuts. It makes me dislike the results a bit, but it forces me to put things down and move on. In the bigger picture, that's better. Like writing the first draft and revising later. If I don't get that first draft done because I'm picking nits...

In unrelated news (and primarilly for my tech folks), I'm using Synergy to bounce between three separate work computers with a single keyboard and mouse. Have any of you used recent versions? I'm getting some lag pretty regularly and it's quite frustrating. I've tried stopping/restarting services and I've checked and rechecked settings. I have yet to uninstall / reinstall, but I just figured I would be lazy and ask if any of you have tried it and run into the same thing or not. 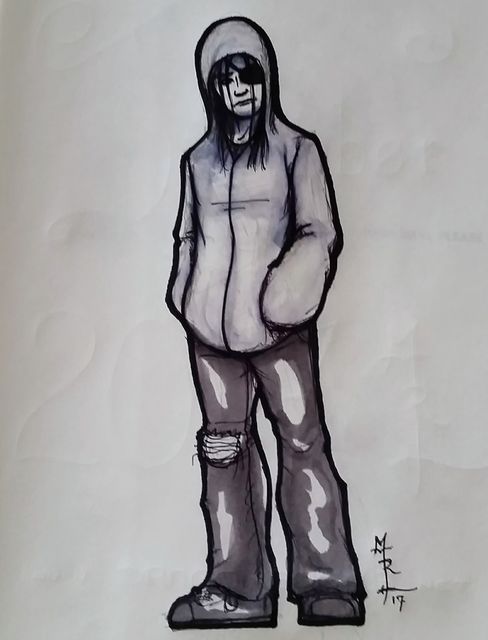