I taught from Monday through Thursday (today) at Wharton Business School (at Penn) this week. It felt good to get back in the saddle.  It's Penn's spring break this week, so we were able to snag one of the really nice classrooms in the basement of Vance Hall, which is on the corner of 38th and Spruce.  There is no cell signal in that there basement, so if you need to send/receive a text you have to go into the stairwell that leads outside so you can pick up just enough signal to send/receive a few characters.  Plus, I'm not on their WiFi/network, so I really am cut off from the world from 7:50am - 4:30pm. (I should add that by the time I get home from teaching all day, I am 100000% out of spoons, so I don't even get online, really. I'll check my work email via my phone, and that's all I got. LJ/OPW/Twitter/Instagram? Nosiree.)

Anyway, the last time I taught at Wharton, I had Delaware Express Shuttle drive me to and from Penn every day... but at $130 EACH WAY (yes, really... $260/day x 4 days, that's over $1000 just to get to and from work each day.  Granted, it also involves the least amount of hassle, and since Wharton is paying a pretty penny for this training, I didn't really feel all that bad about spending that money (crazy as it sounds).

So, this time around I decided to take SEPTA for the first time in my 18 years of living in Delaware.  So I had Delaware Express drive me TO Penn in the morning, and in the afternoons I would walk to the University City station and ride SEPTA to Claymont for $6.50.  Much better than $130.

Yesterday (Wednesday) the train schedule was such that by the time I ended class, I'd have to wait over an hour before my train would leave, and I wouldn't be home until 5:45pm. We had a Billy Joel tribute band rehearsal last night, and I desperately wanted to take a nap between teaching and rehearsal, but I knew I wouldn't be able to fit a nap in if I took the train.

Anyway, after class yesterday I grabbed my backpack and walked down Spruce St. towards the University City train station, and I'm weighing the pros and cons of taking the train as planned for $6.50 (even though the train didn't leave Philly for a good 75 minutes. I also considered calling an Uber to see if they would just drive me home thanks to the miracle of credit cards... and then I decided, "Screw it. I'll take a cab, then. I wanna get home, I wanna lose this heavy backpack, I wanna take a nap... but most importantly, I wanna see my guy."  As my eyeballs scanned Spruce Street for a cab without passengers, a car beeps next to me... and it's a green Mini Cooper with Matt behind the wheel!  Apparently he had texted me 7238 times asking if I'd like a ride home (messages I never received due to the location of my classroom); and when he didn't receive a response, he decided "Screw it.  I'm gonna go get her."   What makes it nuttier is that Matt doesn't 'normally' drive up South Street / Spruce Street to get to Wharton (the whole ONE other time he's been to Wharton), and instead he'd normally take some weird back streets... but something made him take Spruce, and we like to psychically believe it's because he somehow "knew" that I would be walking down that road at that time.  So I jumped in his car.  We kept saying, "Oh my god! This is so crazy! What are the chances I'd be walking on this street at the same time you decided to drive up it?"  Boom!

As if that wasn't amazing enough, today I finished up my class and a few students wanted to hang out and chat, so I did... all while covertly keeping an eye on the clock because I didn't want to miss my noon train... which I did.  No worries though... after I said goodbye to the students, I gathered my stuff and walked out of the building, and onto Spruce Street... and suddenly Bobbi Block is standing in front of me, fresh off the plane from New Zealand, and we are staring at each other, totally baffled and excited and giggling to be seeing each other so randomly and unexpectedly (not to mention out of context).  We kept saying "Oh my god! This is crazy! What are the chances of us walking this way right now?" 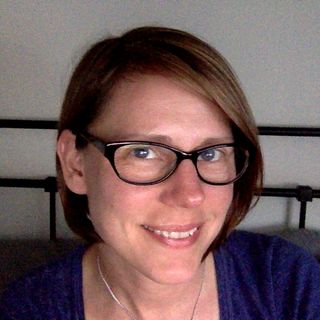 Whoa, neat! I love it when cool stuff like that happens, too.

Also like you: I tend to want to go home and veg out after working all day. I love love love my job, but it fully depletes the energy stores in my brainpan!
Sharon Crowley 3/10 '17 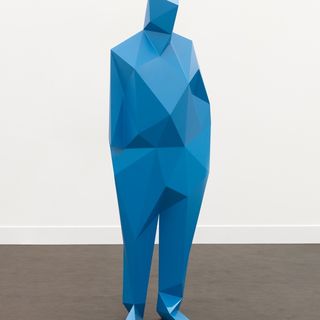