I had to run out for a second, and Folkadelphia (it's a radio show) was on 88.5 WXPN. A song came on, and I listened to it on the short drive home and then couldn't leave the car until I found out what it was.

It's a song called "You Missed My Heart," and it's performed by Phoebe Bridgers. It's a cover... but holy shit, the words, the performance, the arrangement just all took my breath away.

Here's info about it. You can listen to the song there and also read the lyrics.

In other news, everyone around me has been sick with this two-week head cold of death. I've been feeling pretty cocky and invincible until yesterday when I woke up with a giant spike sticking into my throat from my inner ear.

It wouldn't be Christmas without me having a friggin' cold.  Matt has it too... though I think he's a day sicker than I am.

We're supposed to be the in-studio on-air guests on WDEL's afternoon show this Friday to sing a few Christmas tunes and to plug our upcoming comedy show at Logan House on January 5th. Let's hope I have a voice that day.

Driveway Moment #2 just happened now. I am still in the car, now in a totally dark garage because the inside garage light timed out.

I just watched Anne Mollo 's absolutely gorgeous story of Her Winter of Bill (as I call it).  I was absolutely enraptured. I got choked up. There were a few times I caught myself not breathing.  Thank you Annie-- really. Thank you. What a beautiful story.

Watch it here-- she starts at the 37-minute mark.

I love those moments of discovery on the radio. I remember hearing Chris Smither (being broadcast live) for the first time just as I was leaving a supermarket parking lot. I had to put the transmission back in park and just sit and listen to the rest of the show; I was so enraptured I didn't even want to drive!
Anne Mollo 12/20 '17 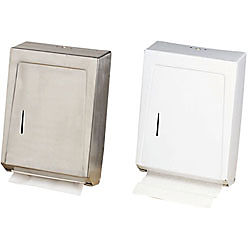 I just ran across her debut album (the one that song appears on) a couple weeks ago and have really been digging it. There are a few weak pieces, but the first 3 tracks are aces.