My friend Anthony Stramaglia (whom I wonder if Thomas Boutell and Jeremy Moskowitz know from the classic computing shows they've gone to?) attended this weekend's house concert, and was kind enough to tape all of the songs.  I am SO grateful to him for doing so, because in all of my prepping for the show, I totally forgot to set up something to record the happenings. Anthony is a life-saver and an all-around awesome guy-- he used to run a local BBS back in the day. (Epsilon Process in the hoouuuuussse!)

So this morning he sent out a link to the second Sunnyvale song of the evening; this one is called "The Enemy."  This song is an old Evelyn Situation song, and we retooled it for one voice, as opposed to the three voices that sang it back in the day.  We dropped the key a step because in the old days Danielle (top voice) sang the melody on the choruses, and now that I'm covering all the parts essentially, we had to drop the key so I could sing the choruses that lay a little higher, as well as the verses (which I always sang because they, like my balls, hung low).  (so classy.)

This song was always my favorite Evelyn Situation song. It was written from the perspective of a person who was left behind as their significant other decided she was leaving the "cold cold northeast."  (In case you're wondering: Yes, Jeremy knows the song was inspired by him, though he wasn't interviewed before the song was written or anything. Durk just sorta imagined that this is how someone in Jeremy's position might feel.)

Once again, I tried to be extra-dictionny with the words so you could catch them all.  In the event you can't, here's a link to the lyrics.  (Click "Lyrics" from the cutting-edge 1996 FRAMES web technology, and then choose "The Enemy."  (Huge apologies to Tom, whom I can hear cringing from over here! lulz))

If you want to hear what the song sounded like in its original Evelyn Situation format, click here.  Cue college-age Jill.  Good lord, how I loved that band like it was my only true, true love.  And daaamn, how I love how the voices end the song with Danielle resolving to the 7th of all places, because why the hell not.

ps: I wrote this while getting my iron infusion today. It went well. I can already feel the difference. Tomorrow I will be really cooking with gas. I go for a second infusion next week because MOAR MOAR MOAR.

I love all of this. Especially that you are getting infüzd. I love your voice and your good health.
Lindsay Harris Friel 8/15 '17

Frames don't really matter, good user experience matters OH MY GOD I CLICKED A BACK LINK AND THE FRAMES ARE FRAMING THE FRAMES FRAMECEPTION it's fine
Thomas Boutell 8/15 '17

I figure the band was from the 90s, so should the web-t'knology. Written in Notepad, like someone intended. (?)
Jill "xtingu" Knapp 8/16 '17edited

Yes, I know you all know this. But just in case:

Please, PLEASE!! PROTECT YOUR EYES DURING THE SOLAR ECLIPSE.  Everyone knows how to make a pinhole camera, but some people erroneously believe that you look at the sun through the hole in the paper. NO NO NO.  You look wherever your pinhole camera is projecting the image onto.

Or, you need to get some ISO-certified eclipse-viewing glasses. But PLEASE don't look directly at the eclipse.  "But I can look at the regular daytime for a second, so why can't I look directly at an eclipse?" BECAUSE YOU CAN'T, OK?

House Concert in NJ with Sunnyvale and Hot Breakfast!

In other news, we were up in NJ at my folks' place on Thursday, Friday, and Saturday this weekend, because Hot Breakfast!, along with Sunnyvale, co-billed on a house concert in north Jersey at my brother's house. ("Sunnyvale" is our new bi-coastal musical project which includes me, Matt, and my pre-Matt lifelong musical collaborator Andrew Durkin. We play Andrew's compositions-- some are retooled versions of old Evelyn Situation tunes, and some are brandy-new compositions.) Andrew lives in Portland (OR) but was out east taking care of some family stuff, so we decided to try to play a show while he was out east. We also used this house concert as a way to honor Paul's memory. After Paul's memorial service in January, we all vowed to stay in touch... so we called everyone together to hear these Sunnyvale tunes which were all songs inspired by Paul's passing, or songs on which Paul had some input while Andrew wrote them, or songs that Paul had played on back in The Evelyn Situation days.  Hello, house concert!  It was attended by my and Andrew's and my brother's overlapping high school friends; some I hadn't seen in eons.

Here's a video of the first Sunnyvale tune of the night, called "Blood and Bone." It's my favorite of our Sunnyvale new tunes. I sing a bit more "legit" (meaning "treat these songs more like an art song rather than a pop song." Or, more precisely, find someplace in between art-song and pop-song) with Sunnyvale songs as opposed to the "always huge voice, all the time, always with a knowing wink" with Hot Breakfast.  It's sincere. Since I was mic-less for this, I really tried to focus on my diction because I wanted everyone to catch every word. I might have over-done it... I was nervous as hell, mostly because I wasn't able to get through a lot of these songs in rehearsal because I kept crying. (Plus, many of these songs are brandy-new and I've only sung them once before. Or never.)

I fucking LOVE this song so much; it's in 6/4 which just gives it this hypnotizing droney feel... but then I love how the piano part and the vocal intertwine with his majestic right-hand thing with the vocal's wordless "ooohs."  And then the bridge goes into a quicker 4/4 time as it talks about remembering how it feels like to be a child on the family vacation, and just *being.*  [1]

OK, so now here's the video of the first Sunnyvale tune of the night, called "Blood and Bone." It's my favorite of our new tunes. (Music starts around 1:10. Feel free to forward through my thank-yous and the backstory.)

What else. Lizzie rehearsals continue to go well. The girl playing Lizzie hasn't been at the last few rehearsals because she was wrapping up another play, and then she caught the plague, poor thing. But the other cast members have been doing good work, and Lizzie will plug right in, no doubt.​​​​​​​

In other news, tomorrow (Tuesday) is my first-of-two iron infusions. I cannot wait... hook me UP!  And then Wednesday we leave for California to visit Patty and to see one of Matt's plays at the Little Fish Theater in San Pedro/Los Angeles... and then we fly home during the eclipse. Wooooot!  We'll be home late on the 21st.

So that's the latest!

[1] How the hell did I get so lucky to get to sing the songs that Andrew writes? It was just right-place-right-time -- If Andrew wasn't on my bus on that band trip in 1986, he never would have heard me sing, and he never would have asked to work together. And then none of the Area Code (201) / Brooklyn Ferry/ Evelyn Situation/ Jay's Booming Hat / Industrial Jazz Group bands ever would have happened. Which then means that I wouldn't have had the musical taste and experience that makes me me... which means I wouldn't have been the right fit to sing Matt's music in either the "Matt needs backing vocals for his solo record(s)" to "holy crap, playing as a duo is fun, let's do this more" days, up to and through to the Casarino Royale and now to the present Hot Breakfast! days. And now I get to make music with these two absolutely It's all right-place-right-time... and once again, I am the luckiest girl in the world. THANK YOU, UNIVERSE. 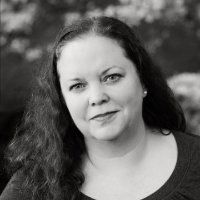 Make sure that's ISO certified, not NASA certified (apparently some products are claiming the latter, nonexistent honor). My cousin's husband is the Chief Medical Officer at NASA, and he's been all over FB reminding people that NASA does not certify (or even endorse) products.

Indeedy! Mine are ISO-blessed... at $4/pair with a minimum order of 25, so I'll share them with people on the plane. But there are lots of bogus, cheap specs out there that have "NASA" or pictures of galaxies all over them, which means nada, but people are buying them up like crazy. I'm very worried about the eyeball damage.
Jill "xtingu" Knapp 8/16 '17

Also, I am in love with your cousin's husband because he has the coolest job on the planet (and probably on other planets!).
Jill "xtingu" Knapp 8/16 '17

It is a very cool job. He's a bit of a schmuck, but he suits my cousin fine.