In a lovely November weekend, I head out to my local winery. While buying a case, I notice there is a photo of a Mason-Dixson crownstone framed on the wall.

Alas, I was informed, it’s on the owner’s property, and not available for public viewing. Except EXCEPT, occasionally when they do the behind the scenes vineyard tours. Which they aren’t doing now due to Covid, but expect to do so again. As one of the workers there carried my case out, he took me to the side and pointed out where the stone is - in the distance, behind the vines, under a tree.

I am so going back for the Vineyard tour.

Mason and Dixon and crew placed "crownstones" every 5 miles, way back in 1763. Smaller stone markers were placed in the inbetween miles. The stones were quarried in England, and crown stones were engraved with the crests of the two great houses that commissioned the survey: House Penn and House Cavert. (Calvert was also Lord Baltimore, and the Maryland state flag has this same graphic on two quardrents of its flag) 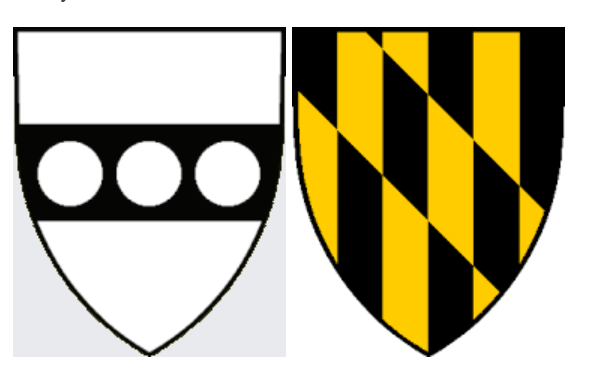 Five miles north of the Harvest Ridge Winery is the town of Marydel, on the border of Maryland and Delaware. In an unassuming spot by the road is a little chain marked square, with a crownstone inside. My understanding is that this marker was removed and displayed in St. Louis in 1904, and later in Baltimore. It was returned to Marydel in 1954 and was reset in 1964. So it may be a few feet off the original spot. 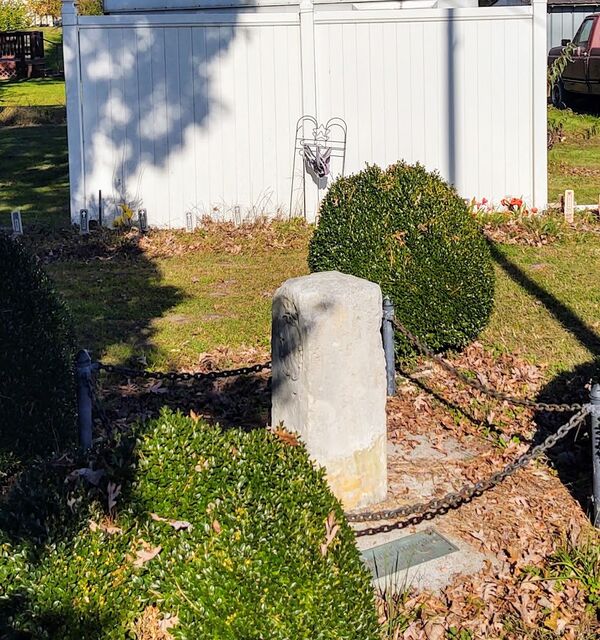 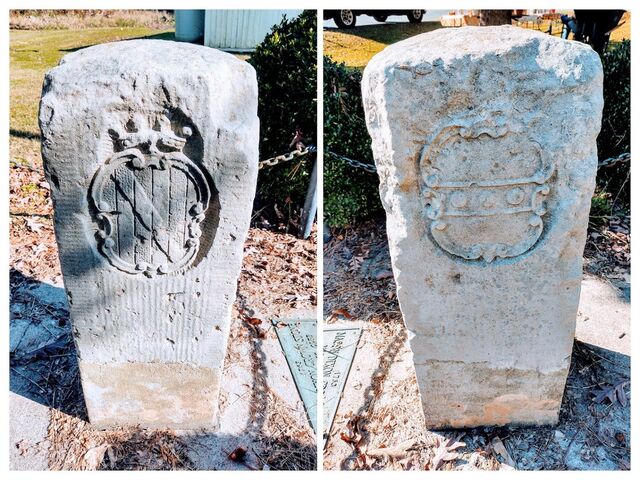 The next day, we traveled south to the south western most point of Delaware. I planned the route to take us across on the Woodland Ferry. (Google maps doesn't realize this ferry is an option, so you have to convince it.) Apparently this ferry has been running since 1743ish, by the Cannon family, who were eventually granted “exclusive ferrying rights”. The Cannons ran the ferry for 100 years, among other business ventures. The Deldot brochure on the ferry mentions a jilted groom, strongarm foreclosures, slaving, and honey disputes that end in death. Apparently the Cannons were assholes, and their demise was not mourned. The county and eventually the state took over the ferry, which is free to use today. It’s about a 2 minutes crossing and can fit 4-6 vehicles at a time. (And from my home in Dover to the southwest corner of Delaware, only a 5 minute detour from google’s “fastest route”.) 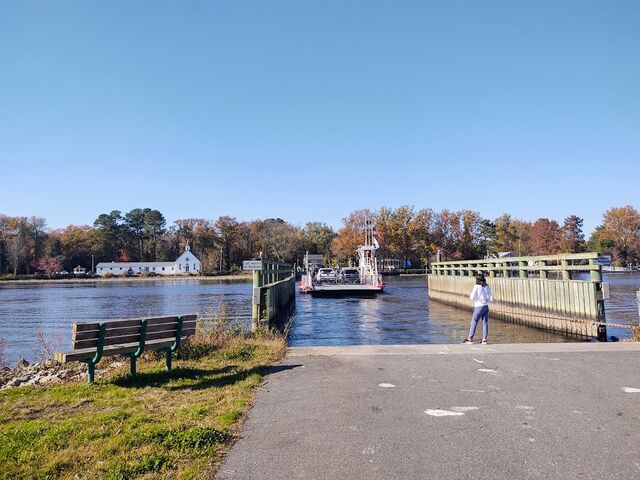 Anyhow, at the south western most point of Delaware there is - you guessed it - and monument placed by Mason & Dixon. It is another crownstone, called the Transpeninsular Midpoint Marker and it is much better protected than the Marydel one. Also in the protective cage are 2 smaller survey stones done by other surveyors before Mason & Dixon came around. Mason & Dixon verified the earlier survey work. There is ALSO a third smaller stone, which apparently is just there because when they were building the cage, a local had it, thought it looked similar and belonged with the others, so put it with them. Another point for my Delaware is Awesome tally. 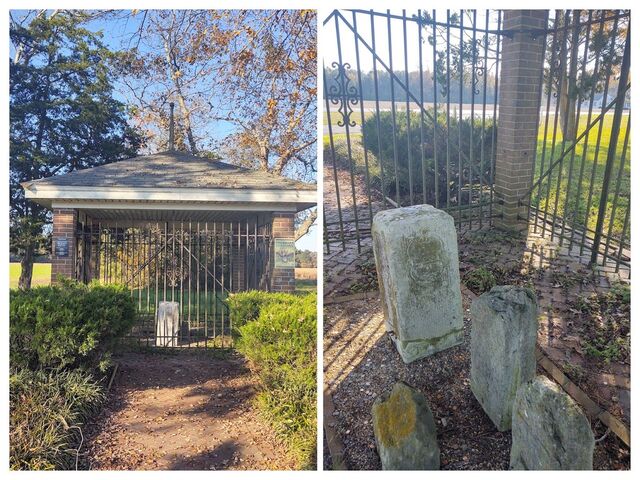 People throw change into the cage. Dunno why. We left our 2cents and moseyed on.

Out of 24 county equivalents in Maryland, exactly half are named for people directly related to the Calvert family.

Cool! History is cool.
I am trying to engage my kid on seeing the connections. Astronomy! Surveys! Taxes! The crests! The Flag!
Ferrys before Bridges! ... mostly she just roles her eyes at me. But I'm hoping some of it sinks in.

She did seem to perk up when I said that Jeremiah Dixon was a miscreant that got disowned from the (Quaker) church. But I'm hoping she remembers the other stuff too

Some of it will sink in. Says the guy whose father dragged him to every civil war and American revolution battlefield in driving distance.
Thomas Boutell 11/10 '20