I’m isolating. So I took myself for a long drive into the countryside. It wasn’t an aimless drive, I had a quest. I was looking for a Mason-Dixon stone.

The western border of Delaware southern terminus is at the Transpeninsular line, at a point half way between the Atlantic Ocean and the Chesapeake Bay, along a latitude line starting at Fenwick island. This was a mistake, it was supposed to start at Cape Henlopen, but in 1732 Lord Calvert submitted the wrong map to the presiding English court establishing the border. The erroneous map labeled Fenwick as Cape Henlopen, so the line started about 24 miles south of where it should have been. This had the effect of making William Penn’s Delaware bigger and Lord Calvert’s Maryland smaller by about 1000 square miles (which is like 40% of Delaware. Delaware is only about 2500 square miles in size today. )

Anyway, half way along this Transpeninsular latitude line is the midpoint, which I visited in a previous post.

Way up in northern Delaware, a 12 mile circle was drawn around the town of New Castle. The western border of Delaware goes from the Transpeninsular midpoint to a point tangent to the 12 mile circle. This Tangent Line does not go “true north” in longitude but slants ever so slightly westward to hit the tangent point. Once the border hits the 12 mile circle, it heads true north* to 39°43′20″ N, which is the latitude to the Maryland-Pennslyvania border. This is the Tri-State marker point, found in White clay creek park**. 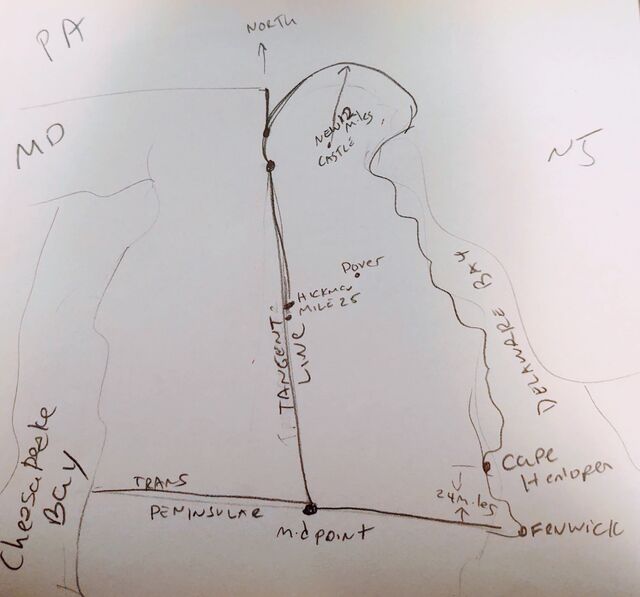 Anyway, Mason & Dixon put markers down every mile along the Tangent Line, which every 5 miles dropping a more ornate Crownstone, carved with the crests of both Penn and Calvert. I decided to go look for one or two of these markers.

So I drove out the Hickman Delaware, about 40 minutes from Dover. I had recently received a book called East of the Mason-Dixon Line by R. Nathan. The text is available online too, at https://archives.delaware.gov/wp-content/uploads/sites/156/2018/08/East-of-the-Mason-Dixon-Line_-A-History-of-the-Delaware-Boundaries-Roger-E.-Nathan.pdf

Page 95 talks about how to locate these two monuments, but vaguely - it doesn't give actual coordinates or directions. I have since found a much MUCH better source. It's called waymarking.com. Searching on MASDIX Tangent gets you all the markers and how to find them!! It's going to be a fun quest now!!!

Anywho, the Crownstone at mile marker 25 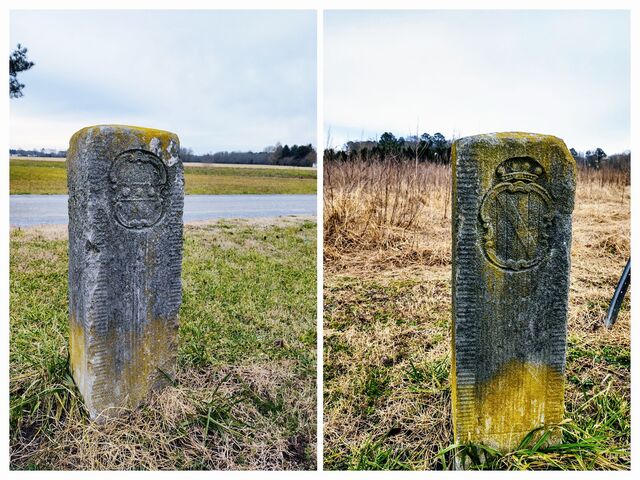 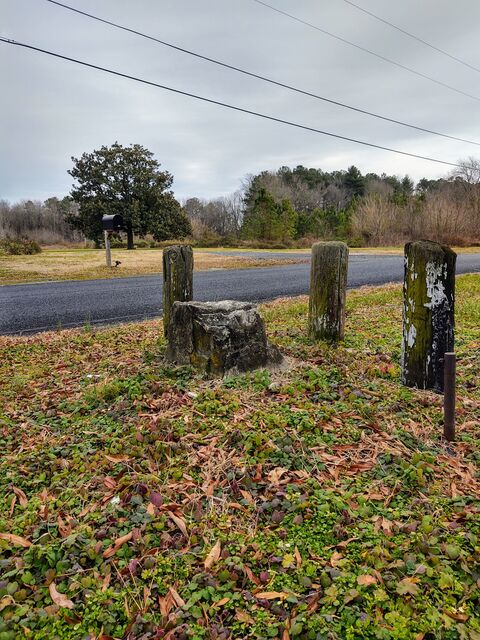 Proverbs 22:28 : Remove not the ancient landmark, which thy fathers have set.

*actually, the border follows the 12 mile circle for just a wee bit more before turning north. This gives Delaware an extra 0.02 square miles. Apparently the 12 mile circle trumped the north line in the negotiations of border location.

** Today the MD-PA line goes straight to the arc, and the little wedge was given to Delaware. But that happened later, around 1920. I didn't draw that on my map sketch.