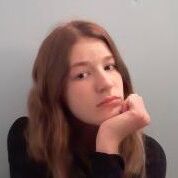 Is there such a thing as too many safety precautions? Katie Bryan 2/22 '21

How would you define 'over the top' social distancing and quarantine?

I've been thinking about this a lot lately and I have answers from kids my age but I'm curious as to what adults think.

Is there a point where quarantine or social distancing is extreme?

Please respond if you see this :)

The reasonableness of precautions correlates with the measurement of the risk. (Risk = Potential Loss times Probability). The same protocols people are following today also help prevent colds and flu, but we weren't willing to do so because we felt that the potential loss is low enough to accept.
Brian Rapp 4d

Seriously though, I think Brian nailed it above.

The tricky part to _this_ issue is the fact that the Potential Loss might be paid by someone else if you become an asymptomatic host.

So my philosophy has been essentially "If I don't NEED to have an in person encounter with another human - I don't." And while my use of the word 'need' is not 100% accurate (I could order food delivered rather than mask up and use the local grocery store) it has served me pretty well.

I understand and appreciate that this won't work for everyone. To call me an introvert is... an impressive understatement. Still, I see this as a responsibility for me to go a bit beyond where others will because I can. A little of the ol' "From each according to his ability, to each according to his needs."

I guess I just hope folx will remain focused on being as vigilant / cautious as they can manage for a while longer as the vaccine roll outs continue. :)
Matt Lichtenwalner 4d

Context is everything. What are the risks, known and unknown/guessed at? Who is at risk, what value is assigned to these people, who gets to determine that value, and how do your actions affect them and respect or disrespect their value? When or how would the benefits (which benefits?) of any action outweigh risks? Who should decide that or how should that decision be reached?

Different environments with different rules mitigate risk in different ways. We live within a web of connections and, during a pandemic, this interconnectedness becomes obvious and indisputable, whether or how we acknowledge it or not.

Also: people make poor decisions when we're depleted or exhausted, or when desire or ideology blinds us to risks. It's very human.

"Over the top" seems like a coded phrase for one person or group disagreeing with the values or risk assessments of another person or group.
Anne Mollo 4d

I’m really tired so I’m not going to explain this well.
In any given encounter between two people who haven’t quarantined together, there are risks and rewards.
Example: I can’t remember exactly when this was. It might have been early November or late October, when it seemed like there was no end in sight. My brother, my mom and I were all at her house, doing some cleaning. We all wore masks, but we were about 3-4 feet apart. My brother and I have been living together since March, my mom has been in her retirement community, where they take social distancing and masks very seriously. My mom is 72.
When we were getting ready to leave, I couldn’t stand it anymore and I gave my mom a hug. She hugged me, and she hugged my brother.
After we left, my brother said he was worried that we might have gotten Mom sick. I agreed. We didn’t talk about it after that.
Was it a bad idea? Probably. I’d been going to grocery stores and Target. I could have been carrying something. She could have passed it from me to my dad and/or other people in her retirement community.
But I needed to hug my mom, and she needed to hug me.
Turns out, nobody got sick from that hug. Do I feel like it was a selfish risk? Yes. Was it important for my mental health to hug my mom? Also yes.

There’s another post on my account from December or so, when I had to bring a bag of stuff from my brother in law, who 100% had Covid-19 at the time, to my sister in law, who was hospitalized with Covid-19, because he couldn’t risk leaving the house and he wasn’t allowed to enter the hospital (they knew he had it). I thought him handing me a plastic bag of stuff was NOT an acceptable risk for me, so I told him to toss me the bag and I’d put it in the trunk of my car.
Did he toss me the bag? No, he walked up to me with it while I walked backwards yelling, “toss it, toss it Barry, SIX FEET, BARRY,” and finally I just grabbed the bag to make him go away.

Barry knew that if I got sick, nobody could take care of Ted. Ted has autism spectrum disorder. He also knew that if Ted got sick, it would be much worse because Ted can’t fully understand what’s happening , and to cover his mouth when he coughs, etc. Barry was also in denial that Covid-19 is serious, because if it’s serious, he infected his own wife, who still hasn’t fully recovered.


We all have to figure out who will be affected by our actions, every time. This is why it’s so exhausting.