Copied from FB, because I want to save this for myself.  Writing this made me so happy.

I'm not asleep. I like Hillary Clinton and I am thrilled that she got the nomination. I voted for her and I will be proud to vote for her again. I'm watching the DNC and I am moved by all of the speakers and their genuine regard for her - not only politicians and stars, but also Americans who she has helped over her many years of public service. I realize that I am opening myself up to bashing because I stated my opinion here, and I expect it, but I am not going to ruin my evening fending off personal attacks. I read news, I listen to political podcasts (all liberal, but not all pro-Hillary Clinton), I dig in and find out facts. I am not uninformed or foolish, and I am not looking for a debate or an argument. When Bernie Sanders emerged as a candidate, I read about him exhaustively, and when the accusations of corruption emerged, I researched them, using multiple sources, and I don't deny that the DNC did some shady shit, though I question whether it is new or same shit as always, just exposed. I am not insulting Bernie Sanders supporters, though I am sad that some progressives are so angry at Hillary Clinton that they will not even read her true, provable progressive record or her positions on the issues before voting against her in protest. I am a progressive liberal with an independent mind, and I'm with Her. 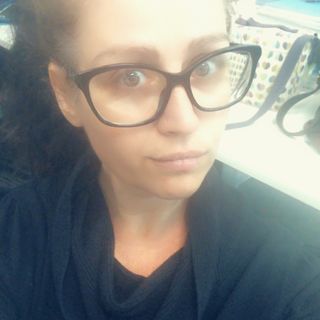 I'm just saying hi. (This is to remind me to go back and read this later. I am currently studying and on a roll, so I will be back, but OPW pinged up and I had to peek. Judging from a quick skim, I need brain engagement big time for this post and my brain is currently occupied elsewhere.)
I'll be back
xxxx
Beth Adele 7/27 '16