TL:DR - Book recommendations needed, Coven, please comment as soon as you get time to breathe!  I know you are all busy as busy can be!

Today, I am sacrificing my post to boost the signal.

"The Bechdel-Wallace (as Ms. B has said she thinks it should be called) Test is more important than I've realized. When I was a kid, I wanted to be Han Solo, so I could save Luke and kiss Leia.  Try to find any story where a woman does that. I'll read it or watch or listen to it, and praise you for leading me to it."

My first response is, "Hey, I wrote that!  Twice!"  One was a story about a pirate mom rescuing her kid from other pirates.  It may not pass the Bechdel test, but the badassery was all hers.  Well, the kid too.  Also, I wrote a Three Musketeers-esque novella where the D'Artagnan-analogue was female.  Of course she had help from her friends, but that's how the three musketeers stuff works.

I am trying to think of books like that, but even my favorite books about women have them winning by sacrifice more than by kicking ass, Han Solo style or kicking ass up to a point and then the man steps in, or at least they collaborate.  Also, I have a shitty memory and I am sure I am missing a bunch of great books I read and loved.

So, let's talk about the Hunger Games.  Katniss is a fucking victim.  She is traumatized through the whole book.  Gale is the strong action hero.  Peeta is the gentle soul with the spine of steel and the mushy bedroom eyes.  Prim is actually pretty brave and sensible throughout, but she's a secondary character and she's the cleric, not the warrior.  Katniss is not a hero, she's a figurehead who can shoot a bow, but internally, she's a mental patient who is able to function with a large support staff and she's manipulated by them over and over.

I know they're out there, these books, these stories.

Grania was a good one (historical fiction about Grace O'Malley), but that was written in the 80s.

I will happily read your work any time. I might be slow, but I will read it.
Lindsay Harris Friel 12/11 '15

I feel like Gail Carriger's books seem to fit the bill. Her Finishing School series is all about teaching young women (in stempunk victorian times) to become spies and save themselves. She has boys in it, but she doesn't really rely on them as much as she relies on her female friends.

_Three Parts Dead_, by Max Gladstone. Bonus because the main badass women are both of color. I haven't read the others in the series yet, but I just got them from the library.
Rabbit 12/11 '15 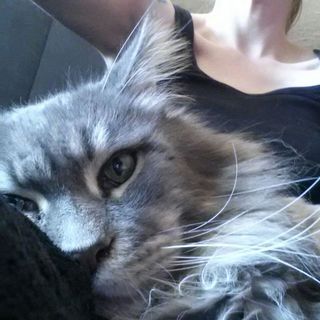 OMG, seconded on Max Gladstones books. I have the 4th one staring at me from the bookshelf (it is my bribe for finishing this term). THEY ARE SO GOOD OMG.
Cylia 12/13 '15