I'm looking for people to participate in a huge book exchange! You can be anywhere in the world. All you have to do is buy your favorite book (just one) and send it to a stranger (I'll send their details through in a private message).

You'll receive up to 36 books in return, to keep. They'll be favorite books from strangers around the world!

(The above is boilerplate from the organizer. I'm sending out my book today - let me know if you want to play! I am happy for the people who come after me to do used books and if the wording shifts to "all you have to do is send your favorite book to a stranger, new or used" I can get behind that.)

I've been switching over to newsletters lately to get information in a manageable fashion and I have a few to recommend.

Morning Brew is a daily business newsletter that is fast, fact-filled and funny.

CB Insiders is also business, but tech-focused, and also has a sense of humor. They often link to robust studies that the company does. The free version is 2-3 days a week; there's also a paid version which I dearly wish I could afford.

Messy Nessy Chic is an interesting mix of Paris, travel and historical curiosities and manages to hit a lot of my interests at once in a really fun way. 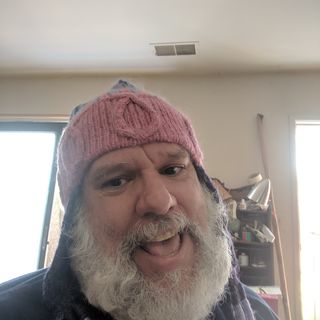 Thank you lady, gonna check them out.

In the eighth year of every decade since I reached adulthood, I find myself at a transition point. I look at the things that have been influencing my life decisions, the signs of success in whatever world I've found myself in, and I realize that maybe they aren't quite as important as I felt they were even a year ago.

When I look back at my life, I can see that there's a trap I've gotten caught in several times. The cycle goes like this:

It's the eighth year of this decade and time for me to think about what I want to do next. I still feel this strange external pressure to take a next step that isn't the right next step for me, because it is the thing that people in a certain small segment of my already small industry would point to and say, "Wow, that's a huge leap forward!" And I think back over my life, and think of how many times I've felt a pressure to take a certain step because I felt the world expected it of me. Only it wasn't the world. It was a teeny, tiny group of people in one industry or subculture. That next step might have seemed like success to them, but the larger world was indifferent. The larger world doesn't know or care what the signs of success are to that little group.

I'm reminded of a story I heard once about Studio 54. At first, being able to get past the incredibly selective door at Studio 54 was a sign of success. But when people got in, they discovered that there was a VIP area. You might be in, but if you weren't in the VIP area you weren't really "in." Then those select people acheived the VIP area, a dank and drippy basement with plastic chairs and a pinball machine. But it turns out, that wasn't the most exclusive space. There was another area, a VVIP area. Legend has it that there were several of these spaces, each more exclusive and unattractive than the last. But people labored to achieve the next level, to reach an epic level of VIP-ness. And...if you were incredibly successful...you would reach the most exclusive VIP room of all, the inner sanctum that almost no one was allowed to enter.

And if you did...you'd find yourself with Andy Warhol and Liza Minelli, the only two people fabulous enough to have exclusive access to the greasy, smelly, dank, tiny boiler room (yes, a literal boiler room) that was the ultra-VIP spot. The ultimate sign of success at Studio 54 was the opportunity to hang out in a space that was objectively horrible.

Our jobs are just a fraction of who we are, and yet it's very easy to get into a headspace where our entire lives are controlled by the need to be the person sitting in that dingy, stinky boiler room. Many of us will never have the opportunity to get beyond that. But if we have the privilege to get the chance to do so, to think about what we want most out of life and how work can fit into that, we can then make a plan to build a life where the end goal is something more delightful and open than that boiler room.

Right this moment, I have the time to focus on a few questions. What are the things I find fulfilling? What are the situations I can put myself in where I'm challenged to learn new things? What is the work I can do that will give me the kind of discomfort that is the sign of stretching to a new level of growth, rather than the discomfort of shrinking oneself down to fit into someone else's confining box of expectations?

I'm starting to come up with some answers, but there's no clearly defined roadmap here. I fully expect that I might take a few detours, hit a few dead ends, wind up taking a couple of missteps onto The Road of Someone Else's Expectations. But this time, if that happens, I'm determined to quickly get myself back on the path that is the right one for me.

If you read enough, sometimes you read something perfectly a propos. I'm right now in the same place, only in the first year of my new decade.

Let's both do the right thing...and screw the boiler room.
Scott Stevens 5/4 '18

I don't know if this is funny or interesting or ironic or what (it might be none of those things) but I am kind of on the opposite end of the spectrum where success is only meaningful if it relates to relationships, and inner, personal growth stuff. I doubt I'll ever have a career again. I wonder if we could somehow offer balance to each other in one way or another.
Fenriss 5/4 '18

It's entirely possible that we could! I would like to get back in the habit of regular chats with you. You provide me with a perspective that I sorely need.
Nikki Gustas 5/7 '18

Hello, everyone who I just invited to OPW! I want to wish you a warm welcome. There's lots of people posting smart stuff on here. I'm not one of them. I encourage you to go out and look at the other people on this platform who are way more brilliant than I could ever be.

My adventure in Bangkok has come to an end! I want to thank Jesse for the amazing opportunity to help him build the business. I've learned so much from him in the past three months. He's got an amazing team working with him and is about to launch something truly excellent.

Now I'm back in the States, helping Mom as she recovers from surgery, working on a new project and exploring some new opportunities. On to the next adventure!

Darn it! I was hoping I'd have boots on the ground with ideas for our next trip to Thailand for years!!! Anyhow, hope both you and mom are ok.
Karen Hoofnagle 4/12 '18