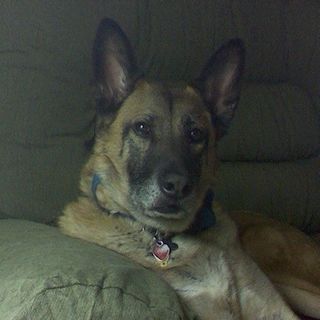 In the midst of everything happening, existing health crises continue apace. It is frustrating, frightening, and sad. This has led to additional losses, and it is no less heartbreaking.

So far, in this pandemic, I am aware of six losses that touch me or my personal circle. In any three month timeframe, this would be difficult. But now, we don't know if we get to have any sort of gathering, let alone a funeral.

On Monday, May 11, I received word of the latest loss, but this time, it was closer to me than any that had come before.

In my personal history, I refer to the time period of 1990-1993 as the Dark Time. I had dropped out of college, and was struggling through a series of minimum and low-wage jobs. My life was your basic mess, and I was ultimately by myself for the majority of it. It was during this time that I discovered the online world, although it was very limited compared to what we have now. It was the world of bulletin board services (BBSes), with local people running them, creating these microcommunities that would one day link into what we have now. I met Jeff, who was a teenager at the time, through one of these services. Jeff and I became very close, despite all the differences between us. We are still friends all these years later.

His family took me in, for some crazy reason. They included me in Christmas when I was alone. They took me on a family excursion to an amusement park. Later, when I was back in college, I interviewed their younger children for papers I was working on. Jeff's parents had married in high school, and were themselves only 10 or so years older than me, and struggling themselves. The recession of the early 1990s hit them particularly hard, but they opened their home and family to me.

On Monday, May 11, while preparing the next day's lunch for her husband, Jeff's mother collapsed. Jeff's father performed CPR until the paramedics arrived. Her heart alternately started and stopped, and currently, they believe she suffered a pulmonary embolism. I don't know for certain, but I believe she was only 59. Jeff tells me there was nothing that could have been done, because of how fast everything happened.

With all our focus on CoVid-19, it is hard to remember everything else that is happening.

But I needed to mark this loss. Thank you, Sandra, for showing such great kindness and generosity to a lost boy. I will never forget you.