July of 2020, in what seeked then like the middle of the pandemic (though now it seems like early days) we traded in our old Grand Am for a minivan, a GMC Acadia (which model name I include here in the hopes that I will remember it--I keep getting it wrong). Still used, and we got it at one of those dealerships that gets a lot of used car trade-ins, not a GM dealer.

This may have been the first time in a while that we were trading in a still-drivable vehicle; more often it would have broken down or gotten written off after an accident or something. With two fully-grown children (and one still growing) the back of the sedan had been getting way too cramped on the still-periodic long highway trips.

At the time I'd been working from home for months, and wasn't anticipating going back to work anytime soon.  It got a weekly drive to the grocery store, and my wife would drive to look after/visit her dad during his decline from Parkinson's. (He passed away a few months ago.)

Not too long after we got it, it started giving us a message indicating the ABS system (and "Stabilitrak", whatever that was) wasn't working.  It didn't seem like a big deal; although we do live in a place that gets periodic Real Winter, we'd never had ABS before and made up for it by just driving more cautiously. (I also don't switch to winter tires, which makes me some kind of a kook in these parts. Yeah, well, I don't drive over the speed limit either.)

I got lured back into the office a month or so ago, and so of course I've been driving a lot more (it's still only a 15-20 minute commute, at least).  When it got cold a few weeks ago, our tire pressure sensors started going off, and so I took it in to the dealership where we bought it to have them checked.  They seemed to think that the pressure had just gotten a bit low and the temperature drop had exacerbated it.  They topped up the pressure, no problem.  But while I was in there, I decided to make an appointment to get them to look at the ABS thing.  That was today.

After all that...no, their technician can't actually diagnose it because this is a Chrysler dealership and apparently the system on this GM vehicle is not cooperating with their sensors. Sigh. Oh, well. Maybe sometime in the next few years we'll see about taking it to a GM place. (There aren't any on the way to work, of course.)

At least I got the oil changed. Normally I'd go to one of those drive-through places, but the nearest one has leaned into the "putting on winter tires" service, and when the "Change Oil" light came on was just after the first snow so the lineups were ridiculous. I grumbled that what I really wanted was somebody to come pick up the car while I was at work, do the oil change, and bring it back before the end of my day. It wasn't quite that convenient (I got home an hour later than usual and still have some time to work off) but I guess it wasn't too bad.

Car ownership can be kinda stupid, but it's part of the culture up here. Which of course means our bus system is pretty crappy. And I feel like Alberta will be the last place in the world to abandon gasoline-powered vehicles. So I'll cope with what we've got. Maybe one day we'll go to EV or hybrid or whatever. But this is not that day. 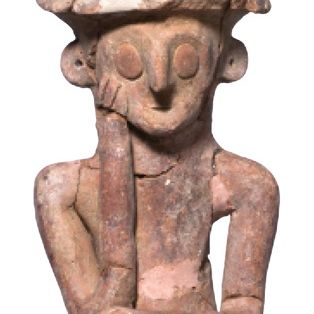 I think Newfoundland and Labrador will be happy to give Alberta a run for their money in that race. :) While we have a determined corps of early-adopters of EVs here (mostly Teslas, a few Chevy Volts), the monster-truck mindset is way more pervasive. Our next vehicle *should* be an EV, but it wasn't something we could justify when we got our current one in early 2020, unfortunately. That said, I'm sure it'll be easier to keep an EV here in St. John's rather than elsewhere on the island.
Michele Grant 11/22