Copied from a friend (an African-American woman). Hers is the first voice I'm turning to this week and I'm not going to steal too many of her posts because many of them are friends-only. This one was not, and it saids what needs saying:

Borrowing words from a friend as I’m too frustrated by all the knee jerk responses to come up with my own right now. “Before you read what the MSM tells you about this story, here’s what we know in Chicago: Cops shot a young person in Englewood. A crowd formed and marched in protest against the shooting. The cops then SHOT INTO THE CROWD. Public transportation was shut down, bridges were put up, people were trapped downtown. What did you think was going to happen? People’s lives > property. Always.”

There has been a war brewing In Englewood and Auburn-Gresham for some time now - recall the shooting at the funeral that could have been avoided given that the city was forewarned by reputable sources? Remember the recent Gold Coast shooting which was also highly predictable and warned against? When those who are supposed to serve and protect instead shoot into crowds (and into homes like Breonna Taylor’s) or commit murder (George Floyd) people get angry and retaliate using whatever power they have. Not justifying property destruction, but if you don’t care about the underlying issues communities are facing and only get mad when it gets closer to where you live and work please grab a mirror. What are you doing to create justice?

In other news, a derecho is headed for the city. Perhaps the Lake will just swallow us all. 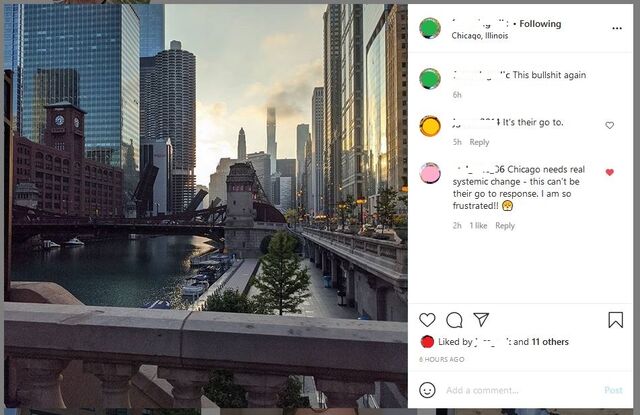